You can feel lost out in the dating world if you don’t keep abreast of all the best dating terms you should know Right from getting your mind ready to the use of new love words, the dating world is getting exciting in this era! You need to keep up if you want to stay in the heat. 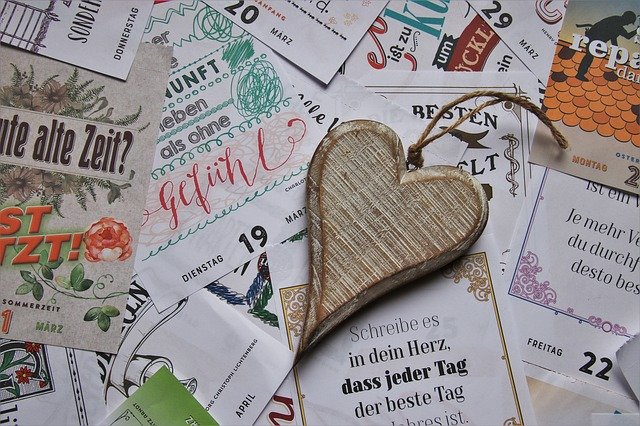 Here are a number of the best dating terms for 2020 you will find interesting but still need to know to stay ahead;

It’s an extremely short way of saying the words “I Love You” very early in a relationship – worst after the first date. The digits represent the numbers in each word. Literally saying Code 143 on anyone can get you excited and feeling a little weird at the same time. For example, you can say that “Right after our first date, she went to code 143. “I love You” is easy to say but saying it in codes takes the fun higher up.

When a date is agreed upon, it is much joy to the agreeing partners if they both really want to meet up. When the game is skewed to only one interested party, it can get really frustrating. Ghosting is a coward’s way of dishonoring social interaction. It usually starts out with a mutual position to meet up on a date or after going on a first date. One party never turns out but refuses to explain why. This usually follows with missed calls and more disappointment if the remaining party decides to follow up to find out why they have been ‘Ghosted’.

Splitting is hard enough, but lingering around a breakup can be a daunting task. Walk out gently if you are ghosted!

When someone gives you their number to text them but when you do, they never respond or get back.

The best way to show a romantic interest in an online era can end up becoming a real social nuisance. You need to be in a tuning state of mind to know that your photo being liked 3 times continuously may be a sign that your date is getting you prepped up to the next stage – may be getting you ready for another intimate time together.

Negging is passing comments that literally bring the confidence of your date down so they accept your advances. Let’s say backhanding a compliment as a beginning message to your date so they feel insecure. Telling a 40-year-old woman to save her eggs can be a little too hard on her self-esteem.

A lot of women have it in their bags for consistently dating the wrong guys. Dating a number of times with all ending in breakups can be very difficult for any person.

You need to take your time in knowing someone before you date them to avoid fleabagging; where you consistently date the wrong people.

It only becomes clear you have been “Benched” when you find your date with someone. Benching gradually takes place when one person decides to date others with or without your knowledge – sort of sits you on a bench while he/she dates others. You become less of a priority to the person. Never remain benched for long.

Act with boldness, do not settle when you are benched and try to keep your independence by simply “walking out”.

Remember that time of Christmas when everyone gets their favorite presents? When you are dumped right before Christmas so your date doesn’t have to buy you any presents, you have been scooged!

When the one who ghosted you still wants to interact with you publicly on social media – A nice way of still maintaining closeness with you. It’s like gone but not forgotten. You just need to keep up with it and respond to their comments and likes on social media – a bit of a hellish task.

It feels awkward meeting your date and realizing just how different they may appear in real life. Catfishing is keeping a false online persona with the intention to trick someone. It’s prudent not to get into any online relationship with someone until you have video chatted or known the person well enough.

You may have gone out on a date or two, exchanged text messages and interacted publicly on social media. From all indications, your date is raising your hopes by leaving you with several online traces or breadcrumbs but never come through. The text messages are always full of funny flirty emojis.

FBO is a new level of commitment and public exclusivity. Going “Facebook Official” by changing their relationship status on Facebook could mean some really serious business until there is a breakup. The nightmare comes when every one of your Facebook friends knows about your breakup. It gets worse when you have to deal with office gossip.

A winter dating phenomenon, the time period between October and March when people commit in relationships. To get “cuffed” is to find love. For many, it’s seeking a partner for the holiday season. Cuffing takes meaning from handcuffs. Cuffing season dates back to 2011 but became more common four years later.

When your crush posts suggestive photos or videos showing curves and hotness and you engage with it consistently, you have been caught in their thirst trap! If you really want to get down to business in the dating world, avoid thirst traps.

When a person goes from hot to cold and vice versa when expressing love. Usually from a lot of complex, uncertain decisions by the person.

Stashing; Hiding someone you’re dating from everyone around you; friends, family, and social media

Sneating; Going out on dates only to enjoy a free meal

Submarineing; When someone ghosts but comes back suddenly acting like nothing ever happened

Blue-Stalling; Two people act like a couple when they’re dating but one person is not ready to commit to a stable relationship

Caspering; You ghost but offer an explanation before doing it. A decent way of breaking it off.

Make your relationship the best by keeping yourself in the dating world with these new and best-dating terms for 2020!

Valentine’s day is around the corner! Yay! Time to plan the ultimate, fleek hot valentine’s day party for just you and your partner. Shopping for your partner on such a special occasion can be a little bit stressful. Let’s try something much more special than shopping for a present to make this particular valentine special!…

Valentine’s day is the most memorable romantic and day of the year. It sure feels lonely when your partner lives far away from you on such a special day. Think of all the ways to make your partner feel special on this all-important day without having to miss you like crazy – You are covered!…

This site uses Akismet to reduce spam. Learn how your comment data is processed.